Are The Seniors Ready? 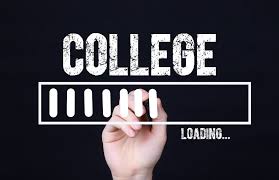 Do you know what your future has in store? Do the seniors attending Heritage know?

Every year there is a new batch of seniors ready to graduate from Heritage High School. This year, it’s the class of 2022. As a senior, within the first few months of school, you have to decide what you want to do with your life post graduation. There are many options, but who knows what would suit them best. As a teen, it’s hard to know what will be your “niche” or thing. From the looks of it, not a lot of people have it down.

A mere week ago, there were counselors visiting classes to go over college info. From what I could tell, personally, a lot of hands were raised when asked if we had not started college applications. Usually, this implies that plans aren’t officially set. It is one of the many statistical settings that allow us to further see the amount of students that either are ready…or are not.

To dive deeper into the question plaguing this story, interviews were conducted in order to determine how far select Heritage seniors have come in their college apps. The first interviewee was Tyler Cowher, grade 12. He was first asked if he has completed his CommonApp; an account that is required for  many college applications.

“I have not [completed the CommonApp]” (Cowher)

In accordance, he was also asked if he had any colleges in mind.

Additionally, he was asked if he is overall avoiding future planning.

It may be inferred that Cowher is somewhat put together in the sense that he has come as far as choosing his colleges. On the scale of being done, however, he is not yet finished. It is in my findings that this is an ongoing trend for the seniors. Partially done, but not completely.

It may be important to note that this progress report is taken in the beginning of October, and many of the Early Action applications are due November 1st. Or, at least, somewhere around this time. The second interview conducted was with Heritage senior, Sage Sowell. She was also first asked if she had completed the CommonApp.

“Yes, I completed it the first month that school started.” (Sowell)

Next she was asked if her college choices were prepared.

Finally, Sage was asked if she is avoiding future planning.

It is made clear that Sage Sowell is on the more productive side of the scale. Not much procrastinating is done by herself. In terms of college applications, she has made it apparent that she is nearing the end of her to-do list. All-in-all, she is one of the many seniors that is closer to completing the college situation.

Finally, Heritage senior Jasmine Bobbitt was interviewed. She was asked about her progression in the CommonApp, similar to the previous two seniors interviewed.

“No, I have not [completed the CommonApp].” (Bobbitt)

Additionally, she was asked if her college choices were prepared.

“I know I am going to do community college first, and then I’ll pick a university from there.” (Bobbitt)

In order to switch up the conversation piece, Bobbitt was asked what career she would like to pursue in the future.

“I have like three choices; the medical field, forensics, or something to do with writing.” (Bobbitt)

Seemingly, Bobbitt is closer to being finished with her future college choices. So far, she is set with how she wants to approach college and take action. Although, in terms of completing the first few steps, she is personally choosing to take her time. This is similar to many of the other Heritage students.

In conclusion, it may be determined that ‘knowing the future plans,’ is something many students have started to think about/ are thinking about. Although, taking the steps to initiate these plans are what may be the cause of stalling the process. The CommonApp is no doubt tedious, but yet a dire portion of the college application process. As the due dates for college applications approach, many seniors may be racing to complete what needs to be done. There is no disregarding the students that have already completed the whole process though, and are ready to enact their future plans.