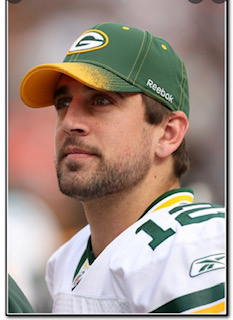 Aaron Rodgers the quarterback for the Green Bay Packers has been in the news a lot since 2020. He won the MVP twice in back to back years. After the 2020 season the Packers went 13-3 making it to the NFC championship and losing to the 49ers. It was a normal offseason until the draft. The Packers drafted Jordan Love, Quarterback from Utah State, in the first round.  After this accrued Aaron Rodgers had requested for a trade and was very unhappy with his situation in green bay not wanting this to be like him and Brett Favre. The tension between Rodgers and the organization was growing to a breaking point despite all that the Packers got into the playoffs with a record of 13-3 losing to the buccaneers in the NFC championship. That offseason Aaron Rodgers cut off all communications with the Packers and enjoyed his offseason in Hawaii with his now ex-fiance Shailene Woodley. The entire world was tuned in to see what was going to happen between Rodgers and the Packers. In the end of the offseason Rodgers ended up coming to Green bay a little late into training camp. When The season started the Packers played the Saints and it didn’t look good for Rodgers and the Packers as they lost to the saint 38-3. Rodgers threw for 3 picks in that game and everyone was saying “ that’s what you get for being lazy in Hawaii instead of training” it seemed like the packers were going to be stinkers this year. However, they ended up going on a 7 game win streak when disaster struck and Rodgers was sidelined with Covid-19. It turns out that Rodgers lied about his vaccination status. Back in the beginning of the season he was asked about if he was vaccinated Rodgers said he was immunized. The Packers played Jordan Love versus the chiefs and lost 13-7 after that it was up and down for the Packers where they ended the season 13-4 losing in the divisional round to the 49ers. There is a lot of speculation on where Rodgers will go, but it seems as if he will be staying in Green Bay as some reports have said the Packers and Rodgers are working on a deal. We will see what direction Rodgers wants to go in. Aaron Rodgers has recently signed a new deal with the Packers. The deal will extend him 3 more years for $150 million dollars. The packers recently traded Davante Adams the best wide receiver in the league to the las vegas raiders. the Packers have no true #1 receiver currently on their roster. We will see what other moves the packers make and what this means for Rodgers future.